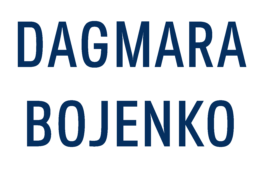 As we Live and Breathe

Joseph leaves Alger in 1962 without having had time to pack a suitcase.

A few months earlier, he sends his wife and 3 kids, including his son Victor, to France, because Algeria’s political situation worries him. The Lucido family has been living in Algeria for several generations and Joseph hopes that they can stay, however the declaration of independence of the country changes everything. From one day to the next, he must leave, he takes his boat and heads to France. He chooses the city of Port-Vendres in the South due to its already pre-existing economic relationship with Algeria.

A new life begins, one that echoes with what his ancestors went through upon leaving Sicily in the mid 19th century, even though this first migration was due to a difficult economic situation in Italy. Neither exodus managed to break the family’s bond with fishing. Five generations of fishermen, today Franck, his father Victor, and his grand-father Joseph remain, and only Franck still works on the boat.

The family’s fishing activity has changed a lot in the last 15 years. Victor and Franck used to fish together on their trawler, where they caught a lot of anchovies and sardines. Nowadays, there are a handful of trawlers and about a dozen fishing boats in the city. The economic and environmental situation has made fishing a more difficult endeavor, but the choice to become a fisherman was an obvious one for Franck. It is his heritage.

The sea is pivotal in the lives of these three men, the living memory of this family and the strength of their connection, a symbol of family pride, the relationship towards tradition, and the support toward one another. Eredi, the heirs.

This subject sparked my interest due to my own personal experience of migration, from Poland to Canada and later to France. I wanted to tell the story of these ties that bind, because I am sensitive to the topics of family and heritage of identity.

Since completing this project, Joseph passed away and his family contacted me to thank me for these last family photos.